How To Remove Rust For Seamless Steel Pipes? 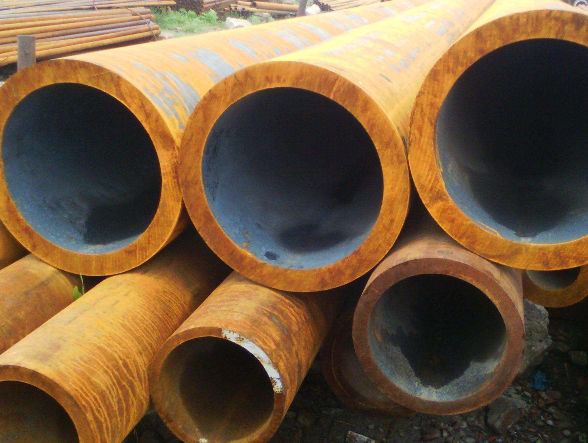 The commonly used derusting methods for seamless steel pipes are as follows:

Solvents and emulsions are used to clean the surface of steel to remove oil, grease, dust, lubricants and similar organic matter. However, it cannot remove rust, rust, flux, etc. on the steel surface. Therefore, it is only used as an auxiliary means in defensive operations.2. PicklingGenerally, chemical cleaning and electrolysis are used for pickling treatment. Pipeline anticorrosion is only chemical pickling, which can remove scale, rust and old coatings, and sometimes can be used for reprocessing after sandblasting and rust removal. Although chemical cleaning can achieve a certain degree of cleanliness and roughness, its anchoring pattern is shallow and easily pollutes the surrounding environment.3. Tools for rust removalThe surface of the steel is polished mainly by using a wire brush to remove scale, rust, welding slag, etc. The rust removal ability of hand tools can reach Sa2 level, and the rust removal ability of electric tools can reach Sa3 level. If the surface of the steel is adhered to the iron oxide scale, the rust removal effect of the tool will be unsatisfactory, and the anchorage depth required by the anti-corrosion structure will not be reached.4. Spray rust removalJet rust removal is a high-speed motor that drives the jet blades to rotate at high speed. Therefore, steel balls, steel grit, metal wire fragments, minerals and other abrasives will be sprayed on the surface of seamless steel pipe under strong force. The centrifugal force of the motor can not only completely remove Oxide. Rust and dirt as well as seamless steel pipes can achieve the required uniform roughness under the action of severe impact and friction of abrasives.After spray rust removal, not only can the physical adsorption of the pipe surface be expanded, but also the mechanical adhesion of the anti-corrosion layer to the pipe surface can be enhanced. Therefore, spray rust removal is an ideal method to eliminate pipeline corrosion. Generally, shot peening is mainly used for the inner surface treatment of pipelines, and shot peening is mainly used for the outer surface treatment of carbon se​amless steel pipes.