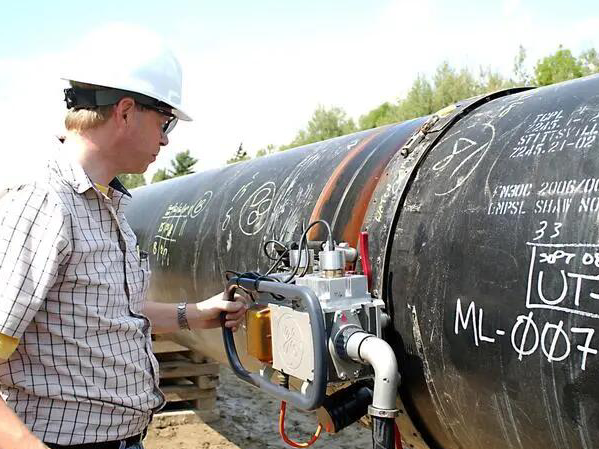 Non-destructive testing refers to the inspection methods used to inspect the internal or surface defects of the material, or to determine some physical quantities, properties, and organizational states of the material without destroying the original state and chemical properties of the material to be tested. There are four commonly used non-destructive testing methods for seamless tubes:1. X-ray inspectionSuitable for detecting internal defects in metals, non-metals or other materials.The energy of the light quantum of X-ray is much greater than that of visible light, it can penetrate objects that visible light cannot penetrate, and while penetrating objects, it will have complex physical and chemical interactions with matter, which can ionize atoms and cause certain substances to emit light. Fluorescence can also cause photochemical reactions in certain substances. If there is a defect in the local area of the workpiece, it will change the attenuation of the object to the ray and cause the change of the intensity of the projected ray, so as to determine whether the defect exists, its location and size.2. Magnetic particle testingIt can only be used to detect surface or near-surface defects in ferromagnetic materials.After the ferromagnetic material workpiece is magnetized, due to the existence of defects such as cracks, the magnetic field lines on the surface and near the surface of the workpiece are locally distorted and magnetic leakage occurs. The workpiece with a magnetic leakage magnetic field adsorbs the magnetic powder attached to the surface of the workpiece. Visually visible magnetic traces are formed on the underside, thereby indicating the location, size, shape and severity of the defect.3. Ultrasonic testing It mainly uses the characteristics of ultrasonic wave propagation in the workpiece. The sound source generates ultrasonic waves, and the ultrasonic waves enter the workpiece in a certain way. The ultrasonic waves begin to propagate and interact with the defects in them, so that the propagation direction or characteristics are changed. The changed ultrasonic waves are accepted by the testing equipment. Analysis, based on the received ultrasonic characteristics, to evaluate whether there are defects and defect characteristics in the workpiece itself and its interior.4. Electromagnetic ultrasonic testing It is used in metal flaw detection; online measurement of high temperature and high pressure pipeline wall thickness; seamless steel pipe detection; train wheel flaw detection.Electromagnetic ultrasonic testing uses the principle of electromagnetic induction to excite ultrasonic waves. If a high-frequency current is passed through the coil close to the surface of the metal to be measured, an induced current of the same frequency will be generated in the measured metal, and the induced current will generate a Loran of the same frequency under the action of a constant magnetic field. The magnetic force acts on the crystal lattice of the metal, causing the crystal to vibrate periodically. This excites ultrasonic waves. By artificially designing the coil structure and placement position, or changing the physical parameters of the coil, the force direction of the tested conductor can be flexibly changed, thereby generating different types of ultrasonic waves for detection.