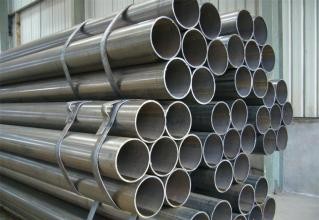 The reasons for the insufficient hardness of the quenched workpiece are as follows.

(1) The heating temperature is too low and the holding time is insufficient. When examining the metallographic structure, undissolved ferrite can be seen in hypoeutectoid steel, and many undissolved carbides can be seen in tool steel.

(2) Surface decarburization causes insufficient surface hardness. The hardness measured after grinding away the surface layer is higher than that of the surface.

(3) The cooling rate is not enough, and black troostite can be seen along the grain boundary in the metallographic structure.

(4) The hardenability of the steel is not enough, and the large section is not hardened.

(6) The quenching temperature of tool steel is too high, and the amount of retained austenite is too large, which affects the hardness.

When the hardness is insufficient, the reasons should be analyzed and corresponding measures should be taken. Among them, if the hardness is insufficient due to too high or too low heating temperature, in addition to tempering the existing defects, and then reheating and quenching to remedy, the furnace temperature measurement and control instrument should be strictly managed, and the measurement and transmission system should be calibrated and repaired regularly.

The uneven hardness means that the workpiece has soft spots after quenching. The reasons for the quenching soft spots are as follows:

(1) There is oxide scale and dirt on the surface of the workpiece;

(2) There are impurities in the quenching medium, such as oil in the water, which will cause soft spots after quenching;

(3) When the workpiece is cooled in the quenching medium, the stirring of the cooling medium is not enough, and the grooves of the workpiece and the bubbles formed at the large section are not removed in time, resulting in soft spots;

(4) The carbon concentration on the surface of the carburized parts is not uniform, and the hardness after quenching is not uniform;

For the first three cases, one tempering and reheating can be performed, and quenching can be remedied under the conditions of appropriate cooling medium and cooling method. For the latter two cases, if no processing is performed after quenching, it is difficult to remedy once a sag occurs. For workpieces that have not yet been formed, in order to eliminate carbide segregation or coarsening, forging in different directions can be used to change their distribution and shape. The coarse structure can be annealed or normalized again to refine and homogenize the structure.