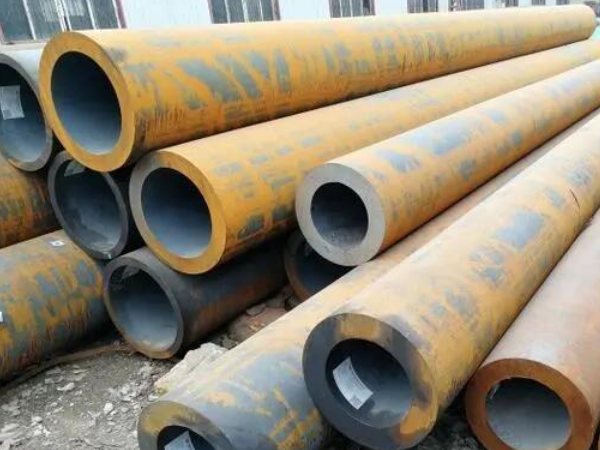 Use solvents and emulsions to clean the steel surface to remove oil, grease, dust, lubricants and similar organic substances, but it cannot remove rust, oxide scale (corrosion products formed by oxidation), welding flux, etc. on the steel surface, so It is only used as an auxiliary means in anti-corrosion production.2. Tool rust removalMainly use tools such as wire brushes to grind the surface of steel, which can remove loose or raised oxide scale, rust, welding slag, etc. The rust removal of manual tools can reach Sa2 level, and the rust removal of power tools can reach Sa3 level. If the steel surface is adhered to a firm scale of iron oxide, the rust removal effect of the tools is not ideal, and the anchor pattern depth required for anti-corrosion construction cannot be achieved.

Generally, two methods of chemical and electrolytic pickling are used for pickling, and only chemical pickling is used for pipeline anticorrosion, which can remove oxide scale, rust, and old coating. Although chemical cleaning can make the surface achieve a certain degree of cleanliness and roughness, its anchor pattern is shallow and it is easy to cause pollution to the environment.4. Spray (throwing) rust removal

Spraying (throwing) rust removal is to drive the spraying (throwing) blades to rotate at a high speed through a high-power motor, so that abrasives such as steel sand, steel shot, iron wire segments, and minerals are sprayed (throwing) on the surface of the steel pipe under the action of centrifugal force. , not only can completely remove rust, oxides and dirt, but also the steel pipe can achieve the required uniform roughness under the action of the violent impact and friction of the abrasive. The seamless steel pipe has a hollow section and is widely used as a pipeline for transporting fluids, such as pipelines for transporting oil, natural gas, gas, water and certain solid materials. Compared with solid steel such as round steel, the steel pipe is lighter in weight when the bending and torsional strength is the same, and is an economical section steel.After spraying (throwing) rust removal, it can not only expand the physical adsorption on the surface of the pipe, but also enhance the mechanical adhesion between the anti-corrosion layer and the surface of the pipe. Therefore, spraying (throwing) rust removal is an ideal rust removal method for pipeline anticorrosion. Generally speaking, shot blasting (sand) derusting is mainly used for inner surface treatment of pipes, and shot blasting (sand) derusting is mainly used for outer surface treatment of pipes.