How To Avoid Bubbles In Welded Carbon Steel Pipes? 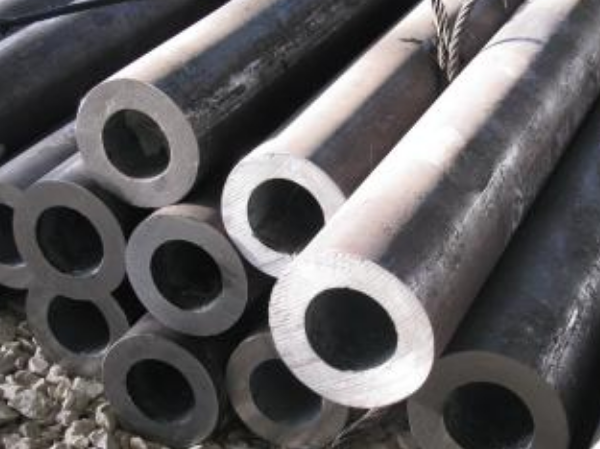 It is common for welded carbon steel pipes to have air bubbles in the weld, especially large-diameter carbon seamless steel pipe weld pores not only affect the tightness of the pipeline weld and cause pipeline leakage, but also become the induction point of corrosion, which seriously reduces the strength and toughness of the weld. . The factors that cause porosity in the weld are: moisture, dirt, oxide scale and iron filings in the flux, welding components and covering thickness, surface quality of the steel plate and the treatment of the steel plate side plate, welding process and steel pipe forming process, etc. Flux composition. When welding contains an appropriate amount of CaF2 and SiO2, it will react and absorb a large amount of H2, and generate HF with high stability and insoluble in liquid metal, which can prevent the formation of hydrogen pores.Bubbles mostly occur in the center of the weld bead. The main reason is that hydrogen is still hidden inside the weld metal in the form of bubbles. Therefore, the measure to eliminate this defect is to first remove rust, oil, moisture and moisture from the welding wire and weld. and other substances, followed by the flux must be well dried to remove moisture. In addition, it is also effective to increase the current, reduce the welding speed, and slow down the solidification rate of the molten metal.The accumulation thickness of the flux is generally 25-45mm. The maximum particle size of the flux and the small density are taken as the maximum value, otherwise the minimum value is used; the maximum current and low welding speed are used for the accumulation thickness, and the minimum value is used on the contrary. When the humidity is high, the recovered flux should be dried before use. Sulfur cracking (cracks caused by sulfur). Cracks caused by sulfides in the sulfur segregation band entering the weld metal when welding plates with strong sulfur segregation bands (especially soft-boiling steel). The reason for this is the presence of hydrogen in iron sulfide and steel with a low melting point in the sulfur segregation zone. Therefore, in order to prevent this from happening, it is also effective to use semi-killed steel or killed steel with less sulfur-containing segregation bands.